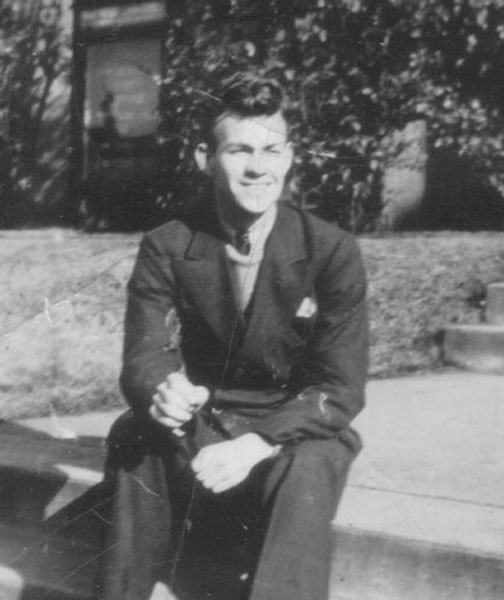 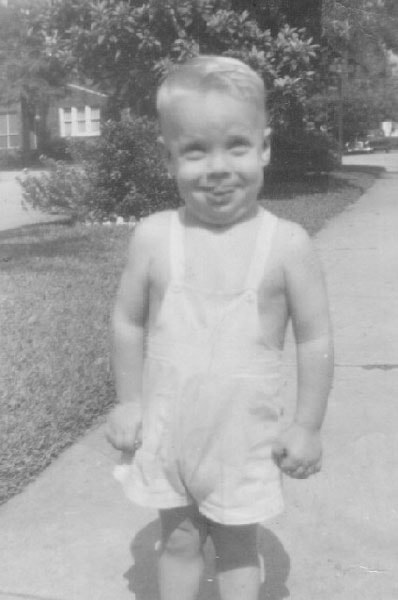 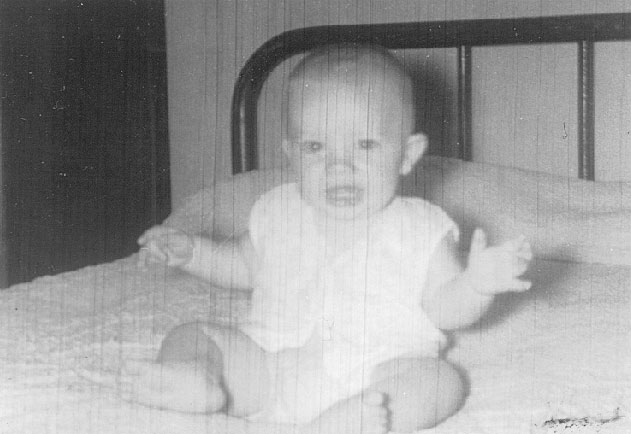 MCKEVLIN'S SURF SHOP IS THE LONGEST ESTABLISHED SURF SHOP IN SOUTH CAROLINA AND ONE OF THE OLDEST IN THE U.S. 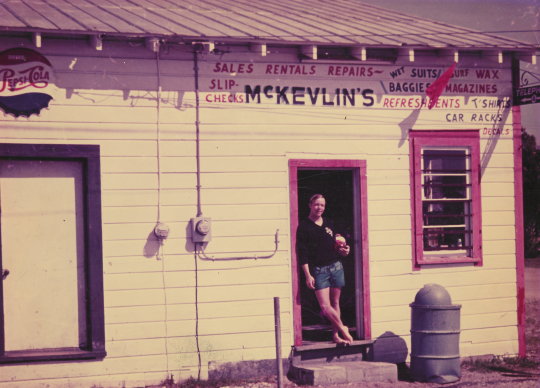 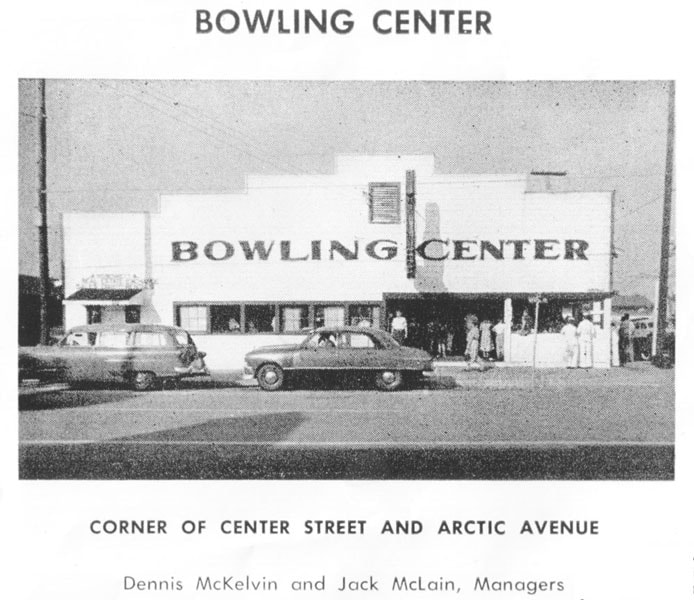 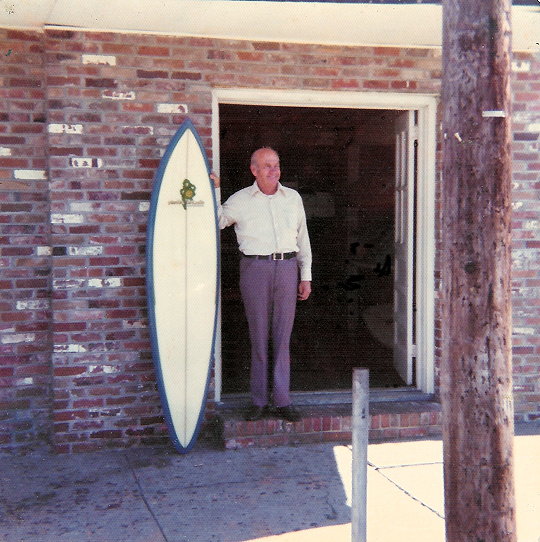 The shop was begun in 1965 by Dennis McKevlin and his eldest son, Ted, who was one of the area's pioneer surfers.  Their first location in Folly Beach, SC occupied a 9'x30' dusky storage room of the Folly Bowling Center.  In the shop's earliest days, blocks of wax were hand-cut from huge squares of paraffin found at the local Rodenberg's Supermarket.  Surfboards (all over 9' in length) and snacks (considerably smaller in size) rounded out the inventory.  That's all!  In those relatively primitive days, the luxuries of leashes, traction pads, board bags, and thirty-three flavors of boardshorts were nowhere to be found.  Much later, these types of profit-laden products would entice several other less core shops to open their doors.

McKevlin's quickly outgrew their overgrown closet and moved to 4 Center Street converting a driveway and an old liquor store into the new surf shop.  At this time some of the most sought after accessories included Slipcheck (an abrasive spray-on traction), t-shirts with wrap-around floral bands, and Maltese cross necklaces.  Feeling the need to spread the surfing joy, in 1967 McKevlin's opened a second shop in Sullivan's Island, SC just north of Charleston.  The following year, yet another was opened on the Isle of Palms just a few miles away.  Too many, too soon - despite the Isle of Palms shop having no running water and no heat, the McKevlins chose to close the Sullivan's Island shop - two shops were plenty.

As the early seventies approached, McKevlin's was called on to lead in a considerably different arena.  This time the platform was a political jungle.  Surfing was considered an oddity and not very well accepted or respected by the populace.  Apparently, fear of the unknown motivated certain political bullies to rally to either ban surfing or regulate surfers into a too-tiny, unsafe, and over restricted area.

Dennis McKevlin began attending City Council meetings and singularly spoke out as the Surfers' Voice.  Using the shop as organization central, he revealed to surfers and parents what the politicians were attempting.  Finally, frustrated with the Council's lack of concern for all but their personal wants, "Mr. Mac" campaigned for and won a seat on Council.  He then occupied his watchdog status there for ten years protecting not only surfers but also other potential targeted groups from unfair decisions.

Finally, after the surfing issue was taken to Federal Court in 1976, Folly Beach Council surrendered and returned the very best surfing areas to the surfers.

In an ironic twist the City of Folly Beach presented Dennis McKevlin with a Citizen of the Year Award in 1994.  The Eastern Surfing Association (ESA) had preceded them in 1992 by creating the Dennis J. McKevlin Award now given annually to an individual or group for Outstanding Support of Surfing.  The ESA also schedules a yearly contest for "under 18 surfers" every year named "The D.J. McKevlin Gromfest".

As the political pot cooled, the surf industry heated to a boil of neon wetsuits, scallop-legged bun-hugging boardshorts, and triple-winged/chine-railed/multi-logoed surfboards from 758 different brands.  Dennis McKevlin's younger son, Tim, took over the shop reins as the 80's brought an unprecedented excess of surf stuff and surfers into the sport.  In spite of the influx of goofy gadgets and fashion trends, Tim kept the shop intently focused on the true reason the shop exists - surfboards and surfing.

The philosophy worked well enough that the family sought larger quarters at Folly and built a new 1200 square foot store at 8 Center Street in 1980.

Oops - we underestimated!  Sawdust filled the air again in 1983, when the shop was enlarged to its present 3300 square feet.

Since the big '80's suddenly brought so much surf into so many people's lives, in 1986 McKevlin's opted to open a third shop (again) in Mt. Pleasant, a growing inland community located between the Isle of Palms and Folly Beach.  No beach here, so the emphasis was on skateboards and clothing.  Also, since this shop was located only three doors from a National Home Video store, McKevlin's began renting both surf and skate videos.  Eventually this service was expanded to the beach shops and continued for many years.
​
In May of 1989 their new shop was built on the Isle of Palms.  Besides being larger, the shop had the luxurious features of running water and heat!  Four months after moving in, a storm called Hurricane Hugo forced them out.  100+ mph winds and a huge storm surge smashed through the new store washing out most of the merchandise, fixtures, and lots of hard work.  What few items left were fair game for looters after the National Guard, unannounced, ceased guarding the properties on the abandoned island.

The Folly Beach store suffered serious damage too, as the ceiling was peeled back leaving the interior exposed to continual downpours.  What inventory that was salvageable was transferred to the safely-inland Mt. Pleasant shop.

For several months, while re-construction work was being performed on their beach locations, this tiniest of the three shops took on the role of mini surfboard warehouse sheltering the combined inventory of three shops.

Despite its unselfish sacrifices, the McKevlin family decided to blow off the Mt. Pleasant shop and closed its doors in 1992.  They just couldn't adjust to operating that far from the ocean - it was unnatural!

And, despite its closeness to the ocean, the McKevlin family closed the Isle of Palms shop in September of 2001.  Prospects there of a new, highly restrictive lease as well as a continuing traffic and parking problem convinced them to direct all their attention to the original and larger shop at Folly Beach.

Despite their attempt at concentrating on surfing, in 1995 the shop was once again thrown into the political circus and called on to fight for surfers' rights.  A little known law that prohibited surfing at the Washout, the area's best break, reared its dusty head.  A committee formed by the ESA presented an eleven-page argument primarily authored by Tim McKevlin requesting the ordinance be overturned.  After many private and public meetings, the Folly Beach City Council finally re-wrote the law, reinstated the rights of surfers to use the Washout, and even expanded the surfing area at times to include another favorable spot, the Folly Pier.  Mission accomplished.

It's easy to get caught up in all this history and forget that McKevlin's is also focused on change and innovation.  We have never shied from taking a chance with a new, viable product or valuable new concept.  McKevlin's Surf Shop is known as the first shop in South Carolina to operate a call-in Surf Report, the first with epoxy surfboards, the first to sponsor a surf team, and even the first to offer tri-fin boards!

Today, every time you step into the shop, you'll find a vast array of new brands, new designs, and new ideas.  Check us out to view a piece of East Coast surf history as well as a look into the future.
© 2023 MCKEVLIN'S SURF SHOP.  ALL RIGHTS RESERVED. DESIGN BY MINDY HAWES.